C4 Some 4,000 years ago, a huge fire began to burn across the desert of what is now Jordan. For centuries, archaeologists had a theory about what happened: the wildfire was lit by a… 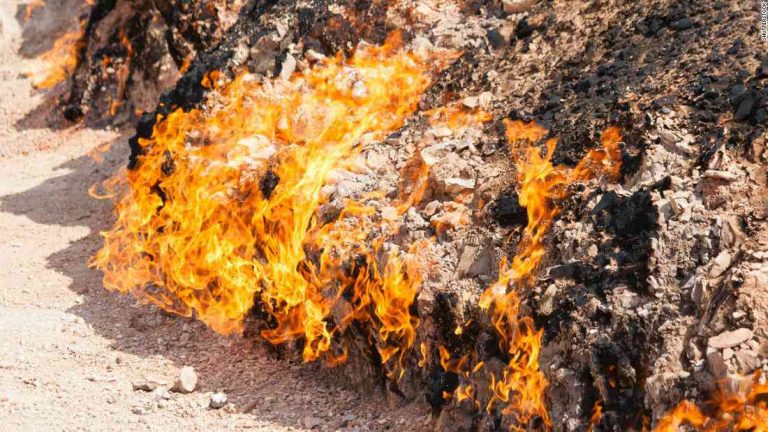 Some 4,000 years ago, a huge fire began to burn across the desert of what is now Jordan.

For centuries, archaeologists had a theory about what happened: the wildfire was lit by a warrior from ancient Mesopotamia in an act of revenge for the failure of his armies.

Many people believed this strange theory for centuries but new analysis of the site has shown that it was in fact caused by a firework accident involving a meteorite, with a dramatic explosion occurring over the village of Afshar.

“It’s absolutely miraculous,” says Henk Ruurs, historian at the University of Cologne and a specialist in Mesopotamia. “We have 1,400 years of disinterested archaeological work, but only now has the scientist turned back to the fire. And there’s absolutely no doubt it was natural.

“The evidence is simply astonishing.”

Ruurs and colleagues at the Erasmus University Medical Centre in Rotterdam and the University of Istanbul calculated that the fire had fed for 3,741 years.

His team used a gas chromatograph from a Soviet lab in Moscow to process strontium isotopes in a charcoal sample of burnt wood. They used more than 30 articles of clothing from men and boys to establish the ages of the human participants.

A metal detector was also used to find tiny traces of metal objects buried on the site. “On top of everything there’s this terrible, strong greenhouse effect,” Ruurs says. “And when we cook meat, ash builds up inside the pans, and then it rains down, making a charcoal environment, and that’s when things start to go wrong.”