Even as the summer sun and pavement scorch the sidewalk outside Lincoln Center on Lexington Avenue and 59th Street, people venture ever deeper into the street. Among those is Paulo Gomez, a 34-year-old musician… 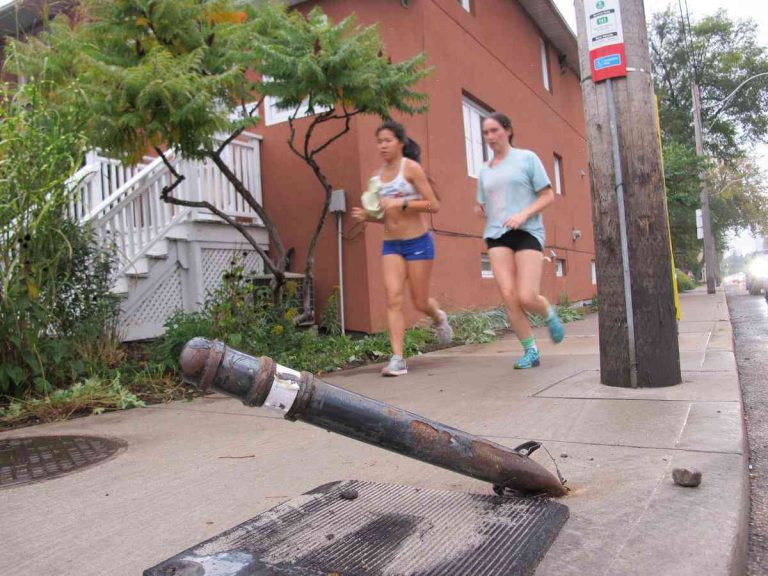 Even as the summer sun and pavement scorch the sidewalk outside Lincoln Center on Lexington Avenue and 59th Street, people venture ever deeper into the street.

Among those is Paulo Gomez, a 34-year-old musician with a wide smile, serene demeanor and the confidence of a native New Yorker. It’s been almost two months since a truck crashed into a crowd of spectators on the sidewalk that separates Lincoln Center from Midtown, killing eight people. A separate van hit three pedestrians and two people pushing strollers just a few minutes later.

“I was walking and watching, and in the meantime this lady just started hitting things on the ground,” he recalled. The van driver, Nicholas Figueroa, was charged with seven counts of manslaughter and driving while intoxicated.

Mr. Gomez’s faith in humanity seemed justified after he noticed police officers sitting at the barricades, all in uniform.

“I feel very safe. Here you always have police,” he said. “Plus, I’m a performer. I’m showing all the locals and tourists. They won’t judge me.”

Others are less convinced.

“I’m not sure the barricades are going to prevent anybody from going further down the block,” said Faith McEwan, a 36-year-old out walking her dogs. “There’s clearly going to be a certain amount of pedestrian traffic down here.”

Rosalyn Turchin, who just moved to New York from Los Angeles, agreed, saying that if that was the case, a video camera would likely have recorded the death of two little girls from Staten Island during the attack in June.

“I like having it so close to me,” she said. “It makes it more convenient. But I don’t know if it’s necessary. I’m all for security, but it’s pretty crazy, this whole situation.”

Still, the majority of folks I spoke to were heartened. For the first time since the two incidents occurred, summertime street life was slightly more serene.

“Last time you couldn’t even see the street,” said Robin Kern, a 36-year-old tennis instructor. “You just wanted to reach over and slap somebody.”

Leslie Thomas, a 26-year-old resident of a Washington Heights apartment building, was walking to the transit hub for Grand Central Terminal, wearing a Trump MAGA hat. “It is better now,” she said. “Before it was awful. It was awful to have to stand here.”

Yet, when I walked to the flower bouquets where the July 5 attacks happened, I did not receive the warmest welcome. It seems like the flowers have a more lasting impact than the bollards. The single man who accepted them with a box of cookies was keenly aware that he was interrupting a road race.

“We are worried,” said Benjamin Kautz, an internee. “We just want people to know they are safe. We are worried.”