Just ahead of the UN climate talks in Bonn, the announcement has moved forward from ‘Will it happen?’ to ‘Will it happen in the next couple of weeks?’ Meantime, a band of young climate… 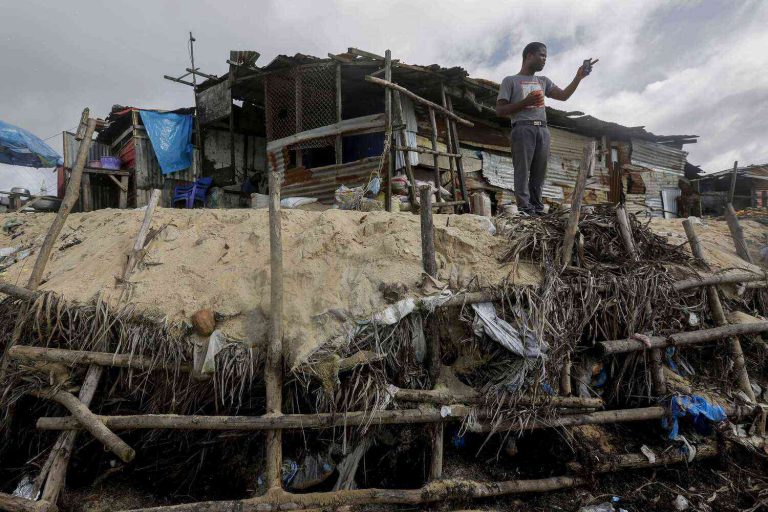 Just ahead of the UN climate talks in Bonn, the announcement has moved forward from ‘Will it happen?’ to ‘Will it happen in the next couple of weeks?’

Meantime, a band of young climate activists has taken up the fight alongside a new campaign – Climate Justice Now (CJN). We’re focusing on measures to stop the dangerous path the world is on.

The figures: so far, in 2018 the official government pledges for the global climate plan are:

That works out to 1.9-2.1 gigatonnes of CO2 going into the atmosphere over the course of 2018, based on the data reported by the IEA in April this year. As noted by the World Meteorological Organization (WMO), a hair over 2 gigatonnes of CO2 was released into the atmosphere worldwide in 2017, and the second half of this year is the “hottest since records began”. That’s in keeping with data from the WMO’s Global Atmospheric CO2 at Maximum (GAM) level which came out in October 2017.

That increase in emissions is real. The official figures don’t include large emissions offsets, like emissions trading and biomass-by-fuel programs, though these too can be used to reduce global emissions.

The report: It’s not just emissions. Like many analyses from institutions like this website or the WMO, the International Institute for Applied Systems Analysis (IIASA) has a separate set of facts and figures on which to estimate:

Solar energy cost has fallen in each of the last 5 years.

The share of renewables in the largest installed electricity generating capacity in 2017 was 7% (pollutants like lead and acid rain reduction), slightly down from 7.2% in 2016

A lack of progress in remapping the UN’s “Intended Nationally Determined Contributions” (INDCs) continues, but 5% of countries (in this report, 30 countries) have come up with plans to step up their targets.

One figure that all sides agree should be going in the other direction is the amount of climate finance out there.

According to the IIASA, climate finance in 2017 was barely half what’s needed to limit global warming to 1.5°C, and only a third of what’s required to hit the 2°C mark:

Of that, $79 billion was paid by developing countries – the ones the IPCC said must happen in order to fulfil their pledges.

That number may be somewhat misleading, though. As the IEA said in a special supplement to its Oil and Carbon Markets Quarterly report, around US$65 billion of this 2017 figure was paid in the form of concessional financial support: debt-free money – a cash injection – made by concessional lenders like the World Bank. This might be trickier to track down and count in order to meet the INDC targets, but IIASA agrees:

Given that concessional (or low interest rate) finance is one of the factors that push up the costs of carbon pollution below what the estimated true cost of pollution would be, this figure indicates that there is much excess debt-free finance available, even after discounting back to the net present value of the [carbon] pollution to be avoided.

Since 75% of international carbon finance goes to developing countries, we could say that US$83 billion in concessional finance in 2017 was effectively directed towards paying the subsidy to polluters. Note that US$124 billion went in the other direction in other ways – helping to pay for different technology solutions, and helping people adapt to climate change.

This US$129 billion was 50% higher than in 2016. However, that’s probably just a consequence of the fact that INDCs are growing from 51 countries in 2016 to 78 in 2017 (that includes India, Egypt, Nepal, Bangladesh, and South Africa). All that growth in INDCs translates into an increase in the amount of money that developing countries have to spend on compensation and climate adaptation.

In total, climate finance is more than double the official targets the UNFCCC is targeting. That’s no slouch, but these higher targets would still

Hearing Aid For All: Apps, advice and inspiration