Five of Wes Anderson’s father figures in his films

Since debuting with “Rushmore” in 1999, Wes Anderson has worked with seven different actors who’ve all become, in some way, father figures to him. Here’s a closer look. Laura Dern Dern and Anderson have… 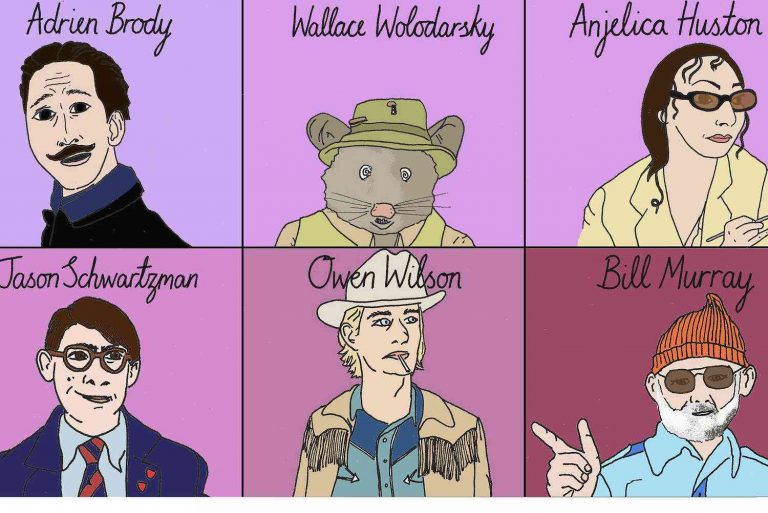 Since debuting with “Rushmore” in 1999, Wes Anderson has worked with seven different actors who’ve all become, in some way, father figures to him. Here’s a closer look.

Dern and Anderson have been friends for nearly 20 years and collaborators for nearly a decade. He worked with her in “The Royal Tenenbaums” (2001) and “The Life Aquatic With Steve Zissou” (2004), for which she earned a supporting-actress Oscar nomination. But she was chosen to co-star with him in 2012’s “Moonrise Kingdom,” a role that earned her a directing nomination as well.

Anderson has been one of Murray’s best friends for more than 30 years. He scored his first Oscar nomination in the director’s 2007 foreign-language film “The Darjeeling Limited,” where he played a recurring character and appeared alongside Dern in one scene. But it was his performance as an acerbic sex therapist in 2008’s “Moonrise Kingdom” that made him one of Anderson’s most frequent co-stars.

Willis has worked with Anderson on three films: “The Life Aquatic,” “The Darjeeling Limited” and “The Grand Budapest Hotel.” He was awarded the best actor prize at the Cannes Film Festival for his performance as a hotel bellboy in “Darjeeling.” His two others were pushed back and sent to festivals, including the fabled Cinefondation, which exists to assist the next generation of filmmakers.

This is, apparently, a sweet deal: she’s great in Anderson’s films. And the 53-year-old actress has also carved out a career as a writer, starring in several of his screenplays. “The Royal Tenenbaums” is the best known of his projects, and the sweet, tortured John C. Reilly (his son) and F. Murray Abraham are among the more memorable roles, though the former is more than happy to take them for small roles in his later films. Roberts is also proud of the fact that Anderson cast her in “Little Buddha,” an adaptation of the Shirley Jackson story.