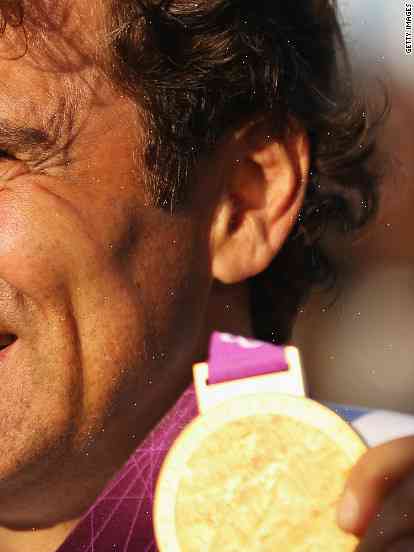 The racing legend Alex Zanardi has left a hospital following his year-long battle with a severe spinal cord injury after competing in his first race since he fell at the F1 season-finale in Valencia last November.

Zanardi raced in the USA Open bicycle race over a course of more than 350 miles in nearby San Luis, California, Friday. The race began at the site of the 1996 Millbrook high-speed car crash of Zanardi’s career and ended at the home of fellow three-time F1 champion Michael Schumacher.

“I’ve never tried that many rallies in my life,” the 45-year-old told CNN Sport at the America’s Cup Yacht Club of San Diego Saturday. “But I had fun, I wanted to do the four-day rally, I’m proud of myself, I’m very happy.”

Zanardi was fitted with a back brace to allow him to ride a bike, and once he was cleared to race, he took part in the event’s first race, the Benjamin Tree route race on the last day of the event.

“The last event I saw was the bike race, which was my first event,” said Zanardi, who broke his C5 vertebrae after falling off his bike during the Toyota GP finale. “I didn’t really watch the last race and then I saw (Niki Lauda) in his wheelchair, because the breakneck speed really stunted my nerves.

“It was the first time I had a little flashback. Then I saw that an Audi was going exactly the same speed as me and I had no control. We passed (opponents) in two seconds, they were sprinting at 100 mph.”

Zanardi, who made his F1 debut in 1992 with Jordan, raced one F1 season for Williams before taking time out to win the 1997 World Championship with Ferrari in 1998. He moved to Scuderia Ferrari, winning the Italian Grands Prix and British Grand Prix.

Zanardi won his fourth world title in 2002 and ended his career with stints at Dallara-Honda and Michael Andretti Motorsport. He was awarded the Palme d’Or in 1997 for his extraordinary achievements in motor racing.