The 28th annual Ice Open, which runs through Dec. 15, is hosted by the Westman Islands (population 1,140) on the west side of Iceland. It is a unique venue in Iceland because of its… 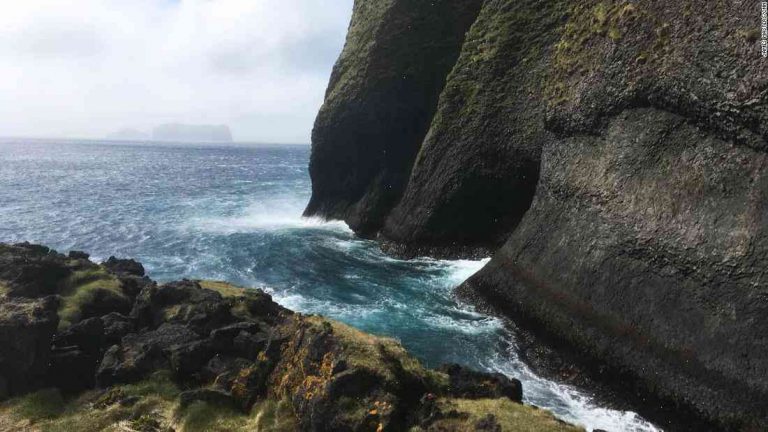 The 28th annual Ice Open, which runs through Dec. 15, is hosted by the Westman Islands (population 1,140) on the west side of Iceland. It is a unique venue in Iceland because of its breathtaking location in the far North Atlantic. It’s an area so geologically active that in winter and spring you can ski on mountains about 1,000 feet high in the Gulf of Iceland.

The Ice Open is a four-round competition that includes an 18-hole golf course on two picturesque links — one running through the glaciers and the other over the edge of the Arctic Circle. Fifteen European courses, including seven in Denmark, will compete for prizes worth about $300,000.

This is a real-life version of the famed Christmas Island Golf Classic in Fiji, which features a long, single-round course designed by Tom Fazio. A Norwegian Fijian named Forrest Ekholm plays host to the Ice Open, which began in 1985, a year after his home at Stihl Heights became the first Frost Golf Course in Iceland. This year’s event is co-sanctioned by the European Tour and the Ladies European Tour. A lot of it plays like Iceland’s own professional tour of its 70-odd courses, which measure 15 to 20 miles. Several of them, like this one, play to the same rough.

Ricky Steel, a Viking who has twice won the competition, was aboard the icebreaker MV HV Olafur Wedge. “There’s nothing like being at sea,” Steel said. “You feel like you’re all alone for the first three weeks.”

A friend of mine, Chris Ronayne, was president of the University of Denver at the time. It was 2007, and I wanted to visit the Broncos’ Mile High Stadium to see the Rocky Mountain Showdown football game. I wanted to check it out.

“Sure,” the guy replied. “We just arrived from Thessaloniki, Greece.”

“Can we take you on the barge?”

Inside the wheelhouse was a model barge. It had a zamboni.

But by 8 a.m., there was still no answer at the helipad.

We searched the coast of the island, but nothing. Finally, we walked a half-mile up a mountain.

Then, we heard the buzz of a rotary.

We arrived by air to see the ice vessel lift up. In case the barge had packed it in, the ice had formed on the ice carrier’s deck. The right side of the barge was marked by a green line, a classic Ice Open mark.

We enjoyed an open breakfast in the galley, the barge captain filled our bags with the essentials and we began our journey back. We were surprised to discover we would not even get to see the mountains — they were instead maintained like bicycle paths, and topped with snow.

We made it back to the island by noon and gave up hopes of a view of the scenery. Then someone tapped the helipad. “Hey,” he said, “we’ve got to go!”

We found the ice route by seaside and then banged down into what it was like walking in bare feet through an ice blizzard.

The Ice Open is coordinated by a nonprofit tour operation named Game On. It is offered by HLI, a home service for disabled athletes. The money from admission fees goes toward life activities for the participants, free of charge.

The tour operators pay the Icelandic government a price equal to $400,000 a year. And, fair warning, that ticket price is going up next year.

Canada’s Top Newscaster is Best at Her Job