Written by Staff Writer at CNN, Ina Kiri, originally published September 25, 2018 Anyone who has seen the Vietnam War-era artworks of Su Sunghyo will instantly associate the country’s highest-ranking official and household name… 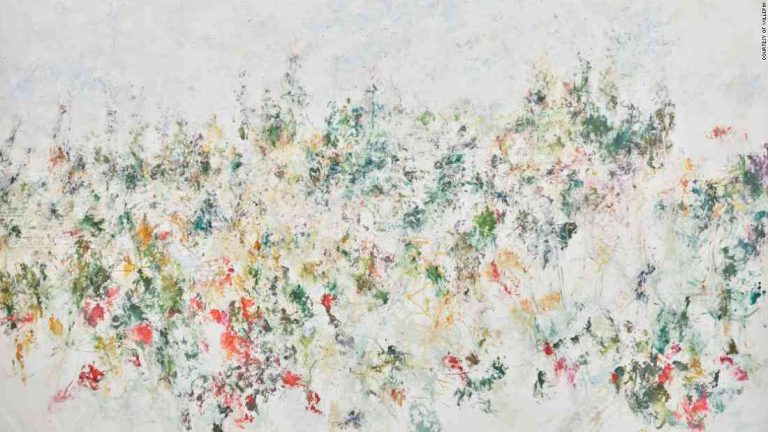 Anyone who has seen the Vietnam War-era artworks of Su Sunghyo will instantly associate the country’s highest-ranking official and household name with the Vietnam War. He is the single painter most often cited as an artist responsible for anti-war ephemera from that time.

By working on his “tower paintings” for more than 30 years, Sunghyo exhibited a revolutionary and encyclopedic knowledge of both the period of colonial and communist rule in South Korea, as well as the Vietnamese art scenes of the time.

“South Korean history of wars, we thought it was the Vietnam War, because it’s the war they talked about. It wasn’t the war in the Korea War,” said Paeng Son-hui, professor of Korean arts at Beijing University.

“(But) Su Sunghyo lived in the 1950s, so why did he only have so much knowledge about the Vietnam War? He was in the right position at the right time,” Son-hui told CNN.

The interrelated world of modern Korean art was growing around Sunghyo in the 1950s. The early post-war period was defined by big-name artists like Kim Tae-woo and Kim Young-tae, as well as young scholars like Son-hui. Born around 1943, Sunghyo may have been one of the movement’s earliest members.

That generation of generations still defines South Korean art, today. Even Son-hui admits that today, the emergence of younger artists not born until after the 1970s, or not yet in school, could have very different ideas about the relationships between art and political understanding.

“A generation will come, and our art will be quite different from the generation before,” he said.

Sunghyo’s paintings of Vietnamese generals reflected his appreciation for different arts forms and their philosophies of domination and submission. Though the painter — who is now in his early 80s — was focused on authority, he never studied traditional methods for his own works.

“He is part of the tradition of South Korean history of movements,” Son-hui said. “In his case he discovered in China and Korea traditions of hybrid art: the occult arts, the hallucinogenic arts, all kinds of strange arts. And he got into the habit of drawing on those novel art forms to understand the society and people.”

The artist’s artistic roots went well beyond his wartime studies. Though Japanese colonizers introduced music, painting and ceramics to Korea during the Japanese occupation from 1910 to 1945, Korea continued to collect its own poetic figurative painting during the Korean War.

The loss of these traditions to the colonial era, following the end of Japanese rule in 1945, led Sunghyo to consider the twin forces of traditional Korean art and novel art methods as the paths of highest culture and social achievement.

Su Sunghyo also contributed a significant amount of artwork to the South Korean government and society through his years of artistic work. Between 1956 and 1958, he participated in a short-lived Korean art movement, along with Son-hui and Kim Tae-woo.

Their paintings conveyed Mao’s New China ideology and strengthened the notion of Korean nationalism in the later 1950s. They also portrayed Korean history as a closed, ceremonial past, and helped avoid sharing materials and views from the conventional Korean narrative of kings and civil wars.

Early 20th century views of the Soviet Union and revolutionary art movements — like the “absurd romanticism” of William Blake — spread to the new audiences in South Korea by means of Sunghyo’s paintings. Though few Korean scholars at the time, they also brought a particular approach to modern art: seeking tools that would be useful for defining contemporary identity.

After 1958, the history of modern Korean art would continue to turn to Sunghyo’s post-war paintings for definitions of society’s ideas of expression.

“The tradition of the paintings is getting older with each generation. In the 1990s, it became the tradition of ‘postmodern art,'” said Paeng Son-hui. “So, it has become part of the history of modern art of Korea.”