Image copyright Tim Weiner Image caption Ms Montes was among the group held in the hotel room at the height of the raid An 18-year-old woman from Venezuela, who ran away from her family,… 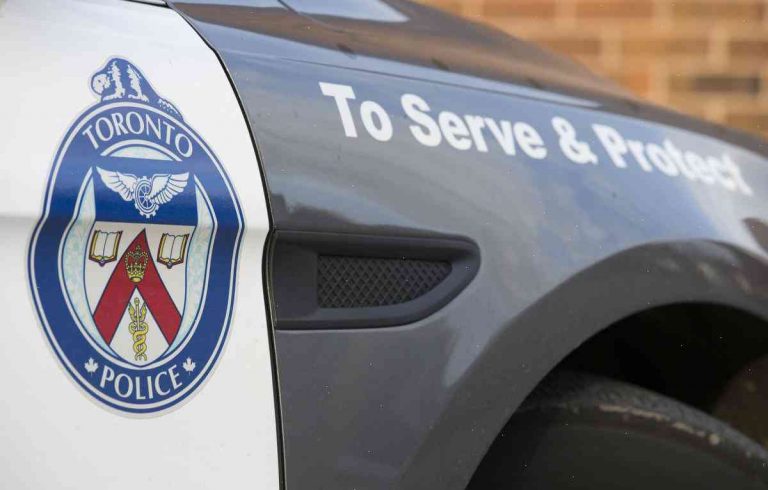 An 18-year-old woman from Venezuela, who ran away from her family, and an Ontario man have been charged in a human trafficking investigation, police have said.

Trista Montes, a 23-year-old believed to be a victim of the sex trafficking, told police a cousin brought her to Canada from Venezuela.

She was eventually removed from a hotel in Toronto, along with 18 other women.

Police searched a hotel on Wednesday as part of the investigation, and all the women were taken into custody.

Mr Ohikhuare is charged with three counts of trafficking in persons under the age of 18 and one count of conspiracy to commit sexual assault.

In the complaint, the young woman told police she met Mr Ohikhuare during a trip to the US.

She said that the aunt who was travelling with her had befriended her and brought her to Toronto.

After speaking with the aunt, the woman said Mr Ohikhuare assured her that she could return to Venezuela after her treatment in Canada.

She told investigators that she became addicted to drugs and ended up in a hotel with nine other women on 17 March.

Police said the women had been working under the names of Ms Montes and another person.

“By her own admission, she (Trista) was in love with this individual who represented herself as part of a network of trafficking victims in this case,” said Const Beverly King, a Toronto police spokeswoman.

“She told us she was scared.”

The victim said the members of the human trafficking network, who were part of a group of men, would supply her with drugs, with false documents, and by making threats to her family, police said.

Colombian authorities said on Wednesday that they were seeking a suspect who managed to reach the Colombian city of Bogota.

Ms Montes and the other women, who were aged 16 to 24, have been put in foster care and will make their first court appearance on Friday.

John LightSquared on the telecom: My son convinced me to step down