Written by Staff Writer Nearly 600 Kenyans from across the country were diagnosed with polio over the last two years. Of those, a quarter have been children, and the World Health Organization (WHO) has… 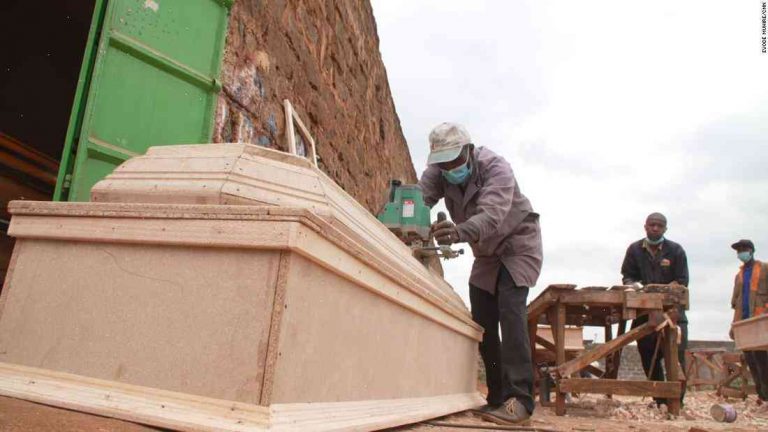 Nearly 600 Kenyans from across the country were diagnosed with polio over the last two years.

Of those, a quarter have been children, and the World Health Organization (WHO) has declared them a public health emergency.

Kenyan Ministry of Health officials attribute the cases to lack of vaccine coverage in developing countries, because much of the polio virus enters the country through national herd immunity. Polio mostly spreads through face-to-face contact, such as interacting with a suspected case of polio at a health facility.

There has never been a polio outbreak in Kenya. But experts have warned that the spike in cases could simply be a flare up of disease, a local variation on global trend.

In December, WHO Director-General Tedros Adhanom Ghebreyesus confirmed that the vaccine should remain the vaccine of choice, despite a decrease in the polio virus circulating in Western Kenya. And in January, just a few weeks later, Kenya’s Cabinet Secretary for Health Sicily Kariuki made a stark announcement: the country would require all children to get the polio vaccine, including those who never even came into contact with a case of polio.

“A zero outbreak is now the expectation. If you want to have polio you have to stay away from it,” she told local media. “We cannot risk that.”

Since then, Kenyans and officials have been working tirelessly to vaccinate the estimated 700,000 children left to be vaccinated. Many agree that the rapid rise in cases is proof of the success of anti-polio efforts in Kenya and the disease is no longer a threat.

But many Kenyans are finding the new policy onerous, and some — even those who would never dare to skip the vaccine in the first place — are still reluctant to take part. Some are traveling large distances, or raising money through fundraisers and donations, to send their children to vaccination stations.

“I came to know last year what makes me refuse the vaccine. It is my own fault that polio still exists in Kenya,” said Paul Mwaura, 42, who lives in Kilifi, a coastal county near Malindi, which has had more than 100 reported cases in the last two years.

“Because I love children, I would never have considered not immunizing my daughter,” he said. “But I thought it’s better to lose the coin than leave this child dead.”

He now has his 14-year-old daughter, Genesis, a student at their local primary school, and both are scheduled to get the vaccine.

But Paul argues that it should not have to be this way, because the disease is not an issue that Kenya — or, for that matter, other countries around the world — have enough of a herd immunity to tackle, he said.

“These are adults. The vaccination rates should not be that low for this. And it’s within our reach to eradicate it. But in Kenya we are like children. We don’t know our own bodies,” he said.

Paul and his daughter are attempting to raise money for the trip, and for childcare if she must go to school while her brother goes to a separate shot station.

“We only have her safety in mind. And I’m sure when we get to the station and we see the crowd, the congestion, she’ll be fine.”

“Some people have told us not to vaccinate. These are people who don’t have children themselves. If a single vaccine can make them sick then that’s their problem. It’s not about Kenya. But when we see the people complaining about not being able to vaccinate their children, we feel sad,” he said.

Rosemary Opango is also raising money for the trip. Her five-year-old daughter, Ademah, is being vaccinated as part of her confirmation class at the county primary school she attends in Makueni, a highland county south of Kilifi.

She is adamant that the new policy has not affected her daughter’s health.

“Her education is up to date. The government has been very supportive. They have sent the teachers to the hospital for special training, so that we know what we’re doing and they help us push it out,” Rosemary said.

Still, she believes the increased scrutiny of her daughter’s health and her concerns about her safety are having a negative impact on her.

“It’s the new world. We have to change. The situation is bad because we are making people frightened. When there is threat people are afraid to be around and vaccinate their children. Some people fear using the help of the church. They can’t do whatever they want,” she said.