Nobody is complaining about the extra rest. Nuggets’ guard Nikola Jokic left the game at the 5:38 mark of the first quarter against the Utah Jazz with a left knee injury, and the team… 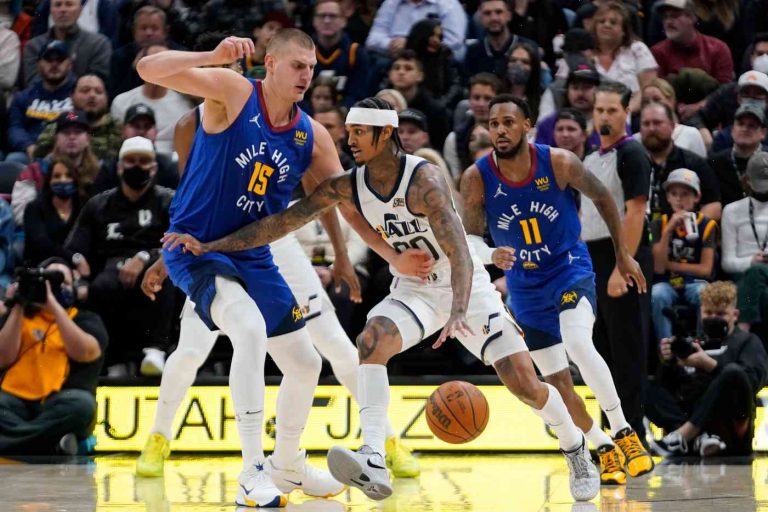 Nobody is complaining about the extra rest.

Nuggets’ guard Nikola Jokic left the game at the 5:38 mark of the first quarter against the Utah Jazz with a left knee injury, and the team announced he was diagnosed with a mild sprain in the early minutes of the second quarter.

Dr. Michael Hamada of the Utah team announced Jokic has a lateral right meniscus contusion and will be re-evaluated in a week. The team will know more after that.

A source from the Nuggets shared that Jokic is improving rapidly and an MRI is on the way. He is not on crutches at the moment, but he will be advised to sit out of all activity for three-to-four days before reinjuring the knee and then hopefully returning for this team’s next game against the Nuggets.

The Nuggets have clearly been on their game against the Jazz. However, they are 24th in the NBA with an 11-25 record this season.

Nikola Jokic leaving tonight’s game with a knee injury was confirmed by Doctor, he has suffered a minor but contained meniscus contusion and will be evaluated in a week. — Denver Nuggets (@Nuggets) March 8, 2021

We obviously wouldn’t expect the Nuggets to skip their next game with the Golden State Warriors on Thursday, March 15.

Here is just a sampling of the comments on Twitter about the Jokic injury.

LOL! First sense there is the ACL. Maybe he looked at the MRI and decided he was okay??? — Andrew Andrew (@adcohort) March 8, 2021

Whoa! I was in the three team league during Rookie Fest and both Lisa Leslie and Freeney left it! — Jill Lawler (@jilllawler) March 8, 2021