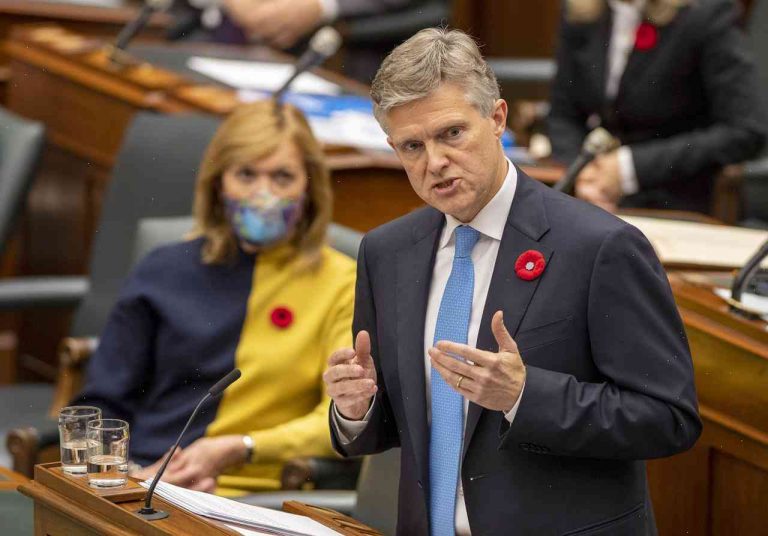 Ontario is trying to transform its long-term care system, opening the door to a more aggressive approach to ensuring quality nursing care for seniors.

A bill introduced Friday proposes a controversial provision allowing immediate disciplinary action against facility employees, including charges for “serious” incidents. Those who fail to meet a standard of excellence — such as an annual inspection score of 50 per cent or better — face automatic ten-day suspensions.

But health care providers and unions have voiced concern, with the Registered Nurses’ Association of Ontario warning of “real threats to safety” and some voices wondering whether treating facilities as public schools violates patients’ constitutional rights.

The government says the government has not been able to consistently “set standards of quality” for long-term care, partly because the Department of Health and Long-Term Care has few inspectors. Some nursing homes have experienced gaps in inspections over the years, such as partial approvals to turn critical inspection reports over to the province, said Jeremy Laurin, a spokesman for the minister.

The new regulations aim to have 30 long-term care inspections a year, compared to 15 now. Inspectors will be expanded to all 34 long-term care homes in Ontario.

Staff will be required to furnish emergency contacts before administering medication, Hoskins said. Patients in long-term care facilities also will be given emergency personal care kits and will be given training on the Canadian Charter of Rights and Freedoms.

While much of the new legislation would have been needed in any case, it comes after years of failing long-term care facilities.

Last fall, the province fired Ontario’s chief nursing officer after an inspector found damning deficiencies at a long-term care home in Oakville. The home had been cited for a similarly troubling case in 2014, which resulted in a warning to the owner.

Among the more recent controversy, a serious case of man-flu hit the province, triggering widespread closures of long-term care facilities and reopening some to capacity. Just last week, more than 50 residents of a Windsor, Ont., facility had to be evacuated due to a sewage backup.

The province is moving to fix the problems by doubling the number of long-term care inspectors to 320, beginning this fall.

Eva Kotursky, head of the Canada West Foundation’s Canadian Health Policy Conference, said Ontario’s push for better service is commendable, but the burden is on the province to prove it will meet any new demands.