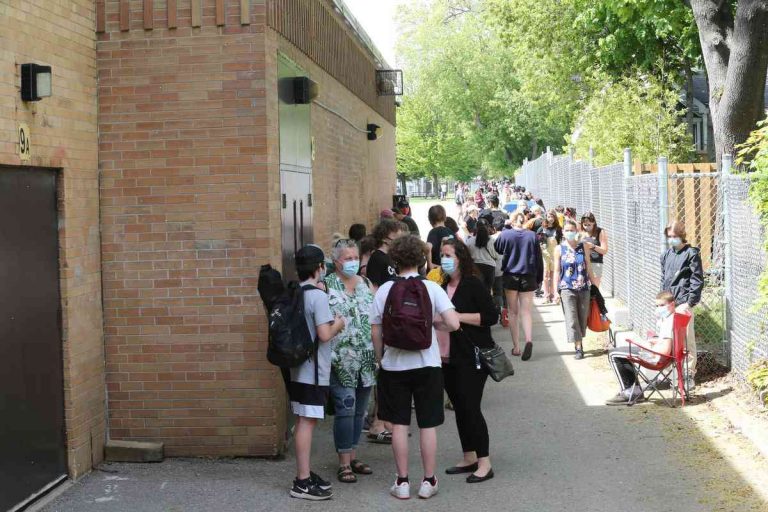 The Ontario government is taking heat from politicians, organizations and parents following the news that the Liberal government has scrapped plans to require children to receive the flu shot as part of its policy to boost immunization rates in schools.

A written update issued by the Ministry of Health last week now says that instead of making the shot mandatory for all students beginning in September, “the Ministry intends to offer these vaccinations to eligible students in their Grade 4th, 5th and 6th years of school.”

“There has been a significant shift from only asking parents to vaccinate their children to making it a matter of significant public interest,” Health Minister Christine Elliott said in a statement last week. “By opting not to vaccinate a child, you are risking the health of others.”

Less than one year ago, Ontario announced its plan to boost immunization rates in schools across the province to 60% — from just over 42% last year.

As part of that policy, schools would have held mass vaccination clinics and required students to either have a valid vaccination record or have two doses of the flu shot to stay in school. But in December, Elliott told CTV News that the government would not make the shot mandatory.

The following month, Elliott told CNN Canada that she believes 90% of all Ontario children are properly vaccinated, and that the latest numbers show 95% of the school population is up to date on vaccinations. She insisted that the drop-off came “as a result of all of the confusion” with regard to the flailing flu vaccine program last year.

Now, Elliott says she is hearing directly from concerned parents, especially those who are hesitant about a shot they have not gotten.

“We’re hearing from some of those parents, through the social media this week, and I think that’s something that we don’t want to see happen in our province, which is every child having the ability to stay in school should be up to date on vaccinations,” she said.

Elliott says the government is “not ruling out any additional policy tools that could be deployed as part of [this] effort, including changes to the health-care system itself.

“We still want every child to have received the vaccines, because if they don’t, they’re putting themselves and others at risk,” she said.

Ontario Premier Doug Ford has not said whether the Liberals’ policy will be reinstated.