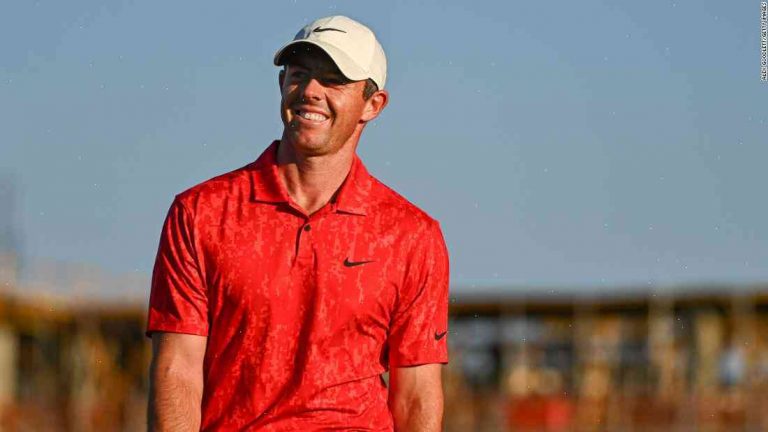 This article is over 2 months old

Rory McIlroy admits he has returned from a two-year break from competitive golf to feel “a lot more ready than I ever was” following his 20th PGA Tour title.

McIlroy arrived in his hometown of Holywood, Northern Ireland, in February for his preparation for the season after several years out of action. He clinched his 20th career triumph on Sunday when he and Bryson DeChambeau tied for the lead at the Honda Classic.

After deChambeau, 24, won the $3.4m event on the PGA Tour, McIlroy, 28, joined him on the mark. After winning his first European Tour title five years ago, the record for most European Tour wins is 13, achieved by Iain Duncan Smith.

McIlroy confirmed he is “100% ready” to play at the Augusta National next month. “I’m delighted to get it out of the way. To be out here winning on a Sunday, it’s my favourite place to play in the world,” he said after picking up $1.8m.

“I’m not really in this position now. I’m not stepping out of a car on the way to Hilton Head.

“The longest time I’ve been out of a competitive tournament was two and a half years, and that was a 48-week lay-off. I think my whole game has improved in that time.

“I don’t think I ever had confidence in myself enough to think that I could be the best player in the world, and I’m learning and I’m getting there. And I’m in a good place.”

The British Open champion Jordan Spieth came back to defeat Danny Willett in the first playoff hole at the Honda Classic on Sunday.

McIlroy and the Dane, who shared the lead at the halfway stage of the WGC-Cadillac Championship, both finished at 17 under par, with Spieth and Willett earning spots in the Masters in Georgia.

After McIlroy clinched his prize, Spieth had a 22-foot birdie putt at the 18th hole that would have put him at 18 under for the tournament and a place in the final group but missed the putt.

The 21-year-old Spieth birdied the final hole to claim his first tour title since the Houston Open in May last year.