Two young Venezuelans who died under “suspicious circumstances” in a Colombian border town have outraged many and reignited claims of persecution by the authorities and the death squads of the socialist state. It comes… 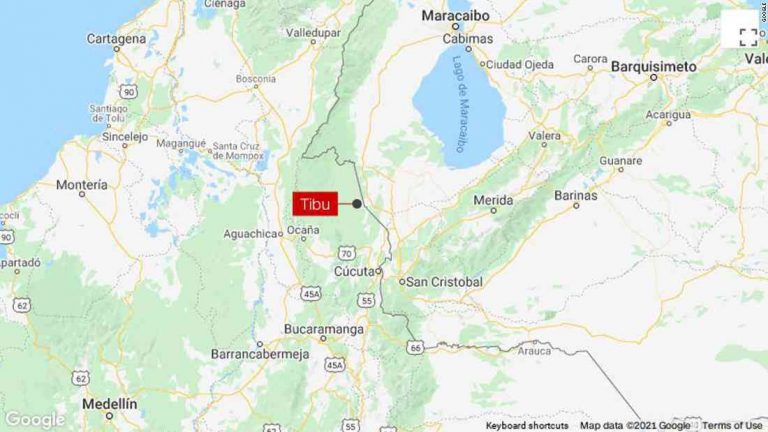 Two young Venezuelans who died under “suspicious circumstances” in a Colombian border town have outraged many and reignited claims of persecution by the authorities and the death squads of the socialist state. It comes amid widespread discontent in the South American country. Caracas was hit by a months-long wave of protests last year that left almost 120 people dead. Tens of thousands of people are now taking part in mass marches against President Nicolás Maduro. Protests in the south-eastern city of Santa Marta focused on the incident. In a video of the protests, protesting residents can be heard shouting “Arrest the murderers” and “There is a dictatorship in Venezuela” while members of their community shout “This is a repression, that is why we are burning the land, that is why we are burning the homes.” Some allege that the police, or armed security forces, were responsible for the death of Leonel Moro, 18, and Felipe Reverberi, 18, who were killed on Friday.

“What happened in Santa Marta is criminal, it is a lynching,” opposition leader Henrique Capriles said in a broadcast. “Some are calling it extrajudicial death, I think it is more likely what happened is lynching, it was a group of people who tortured the two individuals, attempted to make them take part in the garbage disposal.” The incident has caused an international rift with Venezuela’s ambassador to Colombia Francisco Díaz Herrera saying that what happened to the youths violated human rights and that the government in Colombia had asked for an investigation. “We officially protest the violation of these human rights. We have instructed the embassy to carry out a full investigation of the matter,” he said. The two Venezuelans who died were unarmed when they were killed, according to their families.

Adding to the tensions in Venezuela, the country’s national guard has put dozens of people on trial for alleged involvement in a bomb attack last week against Maduro. Photos showed armed police officers arresting dozens of men on Saturday near the resort of San Antonio del Tachira.

Most were on trial for terrorist acts, drug possession and rebellion.

The government blames the U.S. for fomenting unrest, accusing it of training and equipping Colombian opposition groups in order to topple Maduro.

If human rights abuses are committed at the border, how about being investigated in their country. @[email protected] @Colombia_Fulvio @NatachaMartinez — Juan Guaidó (@jguaido) July 14, 2019

State Department spokeswoman Heather Nauert said on Twitter that while the U.S. does not have any “personnel” in Venezuela, the “situation in Venezuela is grave, and the U.S. has stated unequivocally that Maduro’s regime is illegitimate.” She also said that the U.S. is “calling on the Venezuelan people to turn out on July 28 to demand a free and fair election.”