Scientists have discovered that some elephants in Sri Lanka are losing their tusks, perhaps because of the social pressures they face from poachers. But they also lack tusks, raising questions about how they feel… 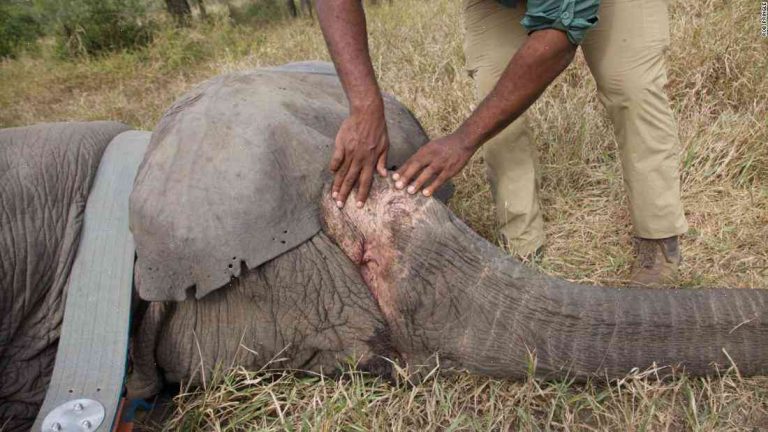 Scientists have discovered that some elephants in Sri Lanka are losing their tusks, perhaps because of the social pressures they face from poachers. But they also lack tusks, raising questions about how they feel about other elephants’ absence.

The new research, published in Science Advances, noted that wild blackbucks have transitioned to no-tusks status in recent decades. An analysis of genetic material found that this evolutionary shift may have arisen in response to the poaching of their kind, and noted that the change is likely being sustained.

That means the animals’ behavior is likely to continue to have important consequences, regardless of what else changes, the authors write.

“Enlarging the size of elephants’ bones is essential for the large number of tools that our elephants use each day,” lead author Sean Martin said in a statement. “It’s not unreasonable to speculate that shifting away from ivory-primed muscle into bone evolved as an adaptation against the use of such tools by other elephants.”

The discovery of this change was made because of signs of hunting on the bones of blackbucks, a common species among the giant mahouts (elephant trainers) of Sri Lanka. First spotted by an elephant trainer of the same name, the signs of illegal poaching were found to be isotope-dependent, meaning that the signature of human activity was found to be, in itself, radioactive. The more evidence of human activity there was, the more radioactive the bits of teeth we found, which allowed the researchers to make a genetic analysis.

As the scientists looked at another group of wild elephants that resemble the blackbucks, they found similar genetic changes. They found a more broad-based trend, showing that blackbucks shifted tusk dominance over time, probably because of poaching of their kind. Based on the findings from one group of wild elephants, the researchers predicted that these different groups of elephants would have the same overall pattern of changing tusk size and movement.

In most cases, the genetically conservative control group of elephants didn’t exhibit significant movement or evidence of tusk shifts, while the more flexible controls did shift at about the same rate.

This suggests that humans may be changing elephants’ social groups—perhaps even for the better—by eliminating certain social groups’ dominant members.