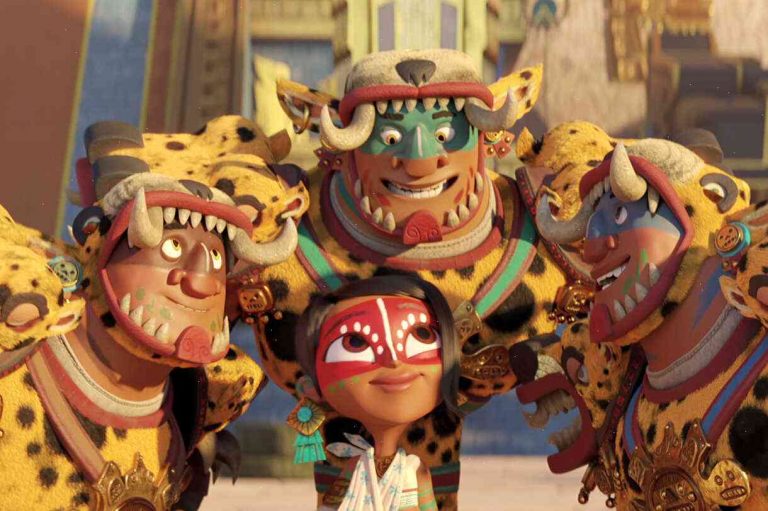 On Saturday, NY Times Book Club chose “Maya and the Three,” Elena Ferrante’s follow-up to “My Brilliant Friend.” The novel was published last summer, and sparked a national cultural furore. Ferrante’s novel follows the story of two sisters who have diametrically opposed views on gender politics.

Instead of hailing the novel as an adaptation, it was recently remarked upon that “there is not a character in the book or plot that is not drawn from her life experience.” More importantly, it is often considered a hit because it continues with the narrative after reading the events of the book. Many characters are given new voices and dilemmas. Her pre-92 time-frame, that of “My Brilliant Friend,” gives the inspiration to Latinx communities to explore ways of achieving justice and equality in difficult situations, and not to settle for its laws to be enforced.

This immersive style of storytelling is also something audiences tend to crave in contemporary fiction, and was explored at The New York Times Festival last month. In particular, four Latinx books have been selected to explore the space between the cultures of Europe and Latin America. Each author brings a different approach that examines what it means to inhabit two different worlds. These four books are:

“Maya and the Three” by Elena Ferrante

“Inspired by Advances in Hispanic Culture” by Lisa Folk

“Encanto” is a novel about an Afro-Cuban woman living in Miami, who’s a daughter, friend, lover, dreamer, dream breaker, writer, hunter, lover, and by any other name would be her mother. For years, her life has been shaped by the choices of what she can be as opposed to what she actually is: an Afro-Cuban woman, an educated one, a mixed-race one, and a woman who happens to be a lesbian, and not an out lesbian.

Since it was published on January 9th, 2017, “Encanto” has been on The New York Times Best Seller List, and has been nominated for the National Book Critics Circle Award and the Pushcart Prize. The book is the latest from Bonet who has distinguished herself as a queer black woman. Since her debut novel, “Olivia,” was published in 1984, Bonet has been published and appreciated for her work in the realms of fiction, non-fiction, poetry, and theater.

The author of the critically acclaimed debut novel, “Angelica” also looks at race, but in a different way. Racism, sexism, the fashion industry, the world of art gallery architecture, the queer world and more, are all explored in her new novel. Robinson has been known for her short story collection “Butterfly in the Kingdom,” and her three volumes of poetry. She has been awarded grants by the NEA, the Ford Foundation, and the Guggenheim Foundation.

“Inspired by Advances in Hispanic Culture” by Lisa Folk

“Inspired by Advances in Hispanic Culture” explores how the focus on social change in Latin America and the United States has led to complex political and cultural practices that have forced the actors in these two worlds to continue to rediscover their identities. Lisa Folk, a lyricist and poet, explores the role of actors in the re-writing of the social scripts of Caribbean history.

“Maya and the Three” by Elena Ferrante

“Maya and the Three” is told from the perspective of Elena Perrote, a part-time dancer, part-time model, and part-time housewife in Naples, Italy, in the same pre-Renaissance fashion that the author’s other work has been viewed in. The book focuses on the Perrote family’s perpetual movements, separation and potential destruction of traditions, with the exception of their son, Licitra, and her older sister, Magdalena. Since its publication in the summer of 2017, the book has gained popularity in Spain and other parts of the world.