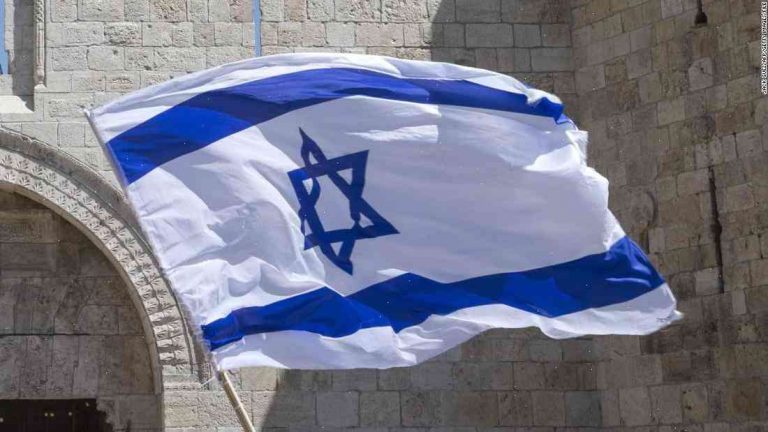 Israel’s finance minister said he would cut funding to six Palestinian civil society groups, including human rights organizations, a move that will set the stage for a confrontation with international donors.

The recognition of the groups as terrorist organizations comes just a few weeks after Palestine gained de facto recognition as a state by the United Nations. It means that the only public funding for civil society groups in the West Bank is from groups supporting Israel, including from the U.S. government.

His announcement Thursday came after a wave of bombings in Jerusalem, which left six Israelis dead and over 40 injured. Several of the fatalities were targeted by the Tav Sifi, a reference to the Shaar HaNegev, which commemorates the creation of Israel by fighting a popular struggle in 1948.

The group, one of the dozen or so organizations working in the Israeli territories as legal aid and advocacy groups, has been active for more than two decades. Members include attorneys who have helped put murderers in prison and civil rights activist Ezzat Ibrahim Thaer who assisted the relatives of Israeli military amputees.

“The Palestinian Forum for Economic and Social Rights has fought for the rights of over 6,000 Palestinians over the years in various legal battles,” Raghida Dergham, the group’s international president, said in a statement. “The decision is yet another attempt to undermine civil society organizations in Palestine.”

Kahlon described the groups as “terrorists that call for Israel’s destruction” in a Thursday tweet. “Their battle against a Jewish state is dangerous and unacceptable, and a constant threat to the lives of the citizens of Israel and the security of the state.”

His statement drew condemnation from human rights groups, which raised concern that he would delay or deny crucial funding to groups already struggling in areas ranging from education to the judiciary. One, a Palestinian human rights group called Al-Haq, said that the decision to label the group a terrorist organization was “unacceptable.”

“Al-Haq believes, and indeed says in its work, that security in Israel and stability in the West Bank are related to a thriving human rights system,” Jody Williams, the group’s president, said in a statement. “Israel should allow a flourishing civil society sector to be vital and prominent and a guarantee to economic, social and political stability and development.”

As a member of the Quartet – the body tasked with facilitating Palestinian-Israeli dialogue – Israel has been called on to cut aid to the organizations and a number of other groups working on human rights.

More than 100,000 Israeli civil servants and other aid organizations receive funding from the U.S. government, as well as sources abroad.

A spokesman for the Israeli Finance Ministry said Thursday that a decision to cut funding was a temporary measure taken only to make a “statement.” He declined to elaborate on the impact of the measures.

But although the finance minister has not said when his freeze would be lifted, people close to the decision-making process said that he had granted no exceptions.

Senior Palestinians who support their groups criticized the decision.

“I feel outraged,” Qais Abdelkarim, the executive director of Al-Haq, said in a statement. “If Israel wanted to save its financial budget at any cost it could simply cut funding to the army and the security establishment and here there is no evidence of any link.”

Dahab el-Din Majdalani, the Palestinian human rights group director at the U.N. Independent International Commission of Inquiry on Israeli Practices in the Occupied Palestinian Territory, said the groups’ work is “all about human rights in times of war and in peace.”

“This move by Israel and [Prime Minister Benjamin] Netanyahu is simply to put pressure on the Palestinian people,” he said in a statement. “This is a reflection of the continuing Israeli aggression against the civil society groups.”

The issue of civil society funding has become part of an Israeli government discussion of ways to maintain the strength of the settlement project during the upcoming Israeli election. But Israel has long argued that there is no connection between its economic interests and a policy of occupation. Critics say that Israel uses its occupation to defray the cost of its colonial project.

The day after the attacks, Kahlon announced a freeze on settlement expansion and spoke of limiting the consumption of non-Israeli agricultural products from the West Bank to about

Meet the man behind the new book on rising sea levels