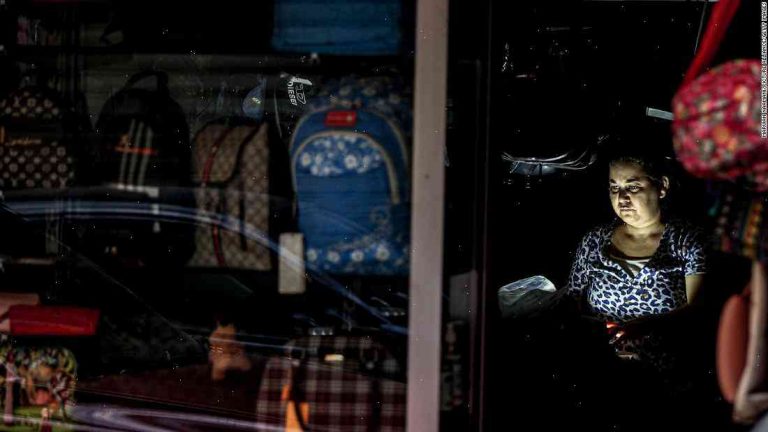 Molten fuel leaked and led to an explosion at a power station in the Israeli-occupied Golan Heights on Sunday, leaving most of Lebanon without electricity and forcing the closure of fuel depots, rescue services said.

No casualties were reported. The Israel Defence Forces said on its Twitter account: “In response to the power station explosion, Hamas and Hezbollah distributed valuable materials to areas around the incident.”

Israel pulled its troops and settlers from the Golan Heights in 2005 and annexed it in 1981 in a move never recognised by the international community. It maintains control over the strip by leasing it to a UN peacekeeping force.

Tests showed the fire was controlled after it broke out, Qana rescue services spokesman Abdelhaleq Safieddine said. Emergency teams worked to clean up the spill.

Hassan Khalil, director of Lebanon’s electricity company, said in a statement: “Lebanon continues to suffer fuel shortages and other operating constraints due to a catastrophe at the Forouzan power station.”

His remarks came as Lebanese army officials said they had opened an investigation into the explosion, caused by a fuel leak.

Lebanon regularly experiences power cuts because of a lack of fuel to make electricity generators, low levels of spare parts and maintenance delays. Power cuts can cause chaos at the offices of medical centres, schools and courts.

Lebanon is currently under UN-backed UNIFIL-monitoring security arrangements in response to the 2006 Israeli war with Hezbollah, the Lebanese group that is part of the Lebanese cabinet.

A string of Israeli air strikes and rocket fire on Hezbollah-controlled positions in the north of Lebanon in the summer of 2006 also led to a power cut in the country.

iPads and digital copies of ‘dilemma�