Robert F. Kennedy Jr. is going after Terry McAuliffe over his response to a racist video attacking the LGBT community that passed through his Virginia campaign before he announced it. Kennedy posted a message… 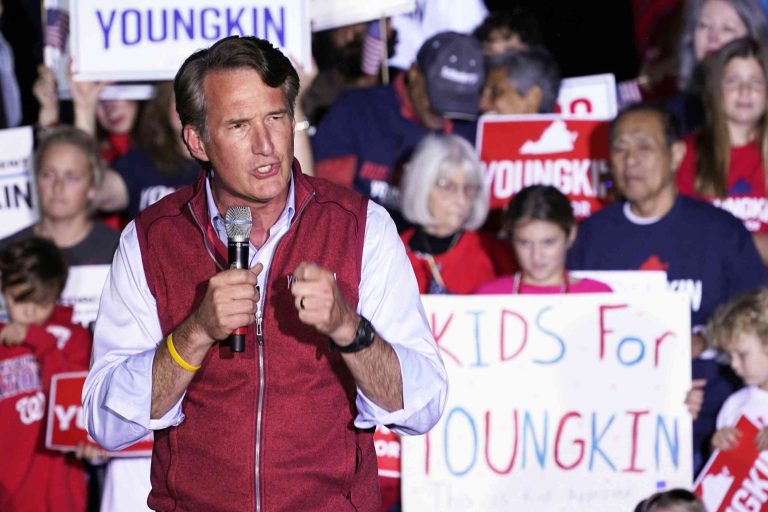 Robert F. Kennedy Jr. is going after Terry McAuliffe over his response to a racist video attacking the LGBT community that passed through his Virginia campaign before he announced it.

Kennedy posted a message on his Facebook page declaring his unapologetic support for the state Equality Virginia, which organized the “We Are All Beloved” campaign featuring the video on the group’s website.

“What I really hate about this whole thing is that you’ve gone to a pretty low level of desperation,” Kennedy said in a speech tonight at the kickoff of his congressional campaign in New Jersey. “You’ve actually gone to a racist dog whistle here in this video. I’m not going to sit back and watch you say the kind of crap that you said in this video.

“What is it about this or are we just at a point in this country that we go to a political campaign and hold this level of bitterness in a campaign?”

McAuliffe’s campaign did not take issue with Kennedy’s rhetoric, but did attack Kennedy’s earlier actions, according to The Washington Post.

McAuliffe was critical of Youngkin’s actions, saying that the campaign wasn’t coordinated with McAuliffe and had no advance notice of it.

Youngkin said that the video had been planned for two months. He added that the ad has been viewed over a million times on Facebook.

McAuliffe’s campaign did note a certain irony in Kennedy’s claims.

Despite Kennedy’s remarks, the Obama administration took to Twitter to criticize the video as harmful to the LGBT community.

@daveweigel This homophobia is not a Virginia issue, it’s a nationwide one & is an unacceptable danger. LGBT Americans deserve better. — Caitlin Winner (@caitlinp) April 12, 2010

Youngkin also said Thursday that the video serves as a “reminder that not only is conservative extremism very powerful, but so is militant LGBT activism.”

Kennedy noted that the campaign video is in favor of equal marriage rights and compared it to the greater effort to reverse the Stonewall riot in June 1969.

“What it says is, when the Loudoun County Republicans have a party at the Hilton Hotel, I’m not coming to attend their event because I don’t want to be associated with this extremist and out-of-touch ultra-conservative regressive organization,” Kennedy said.

McAuliffe’s campaign added that it would defend the legality of the ad.

“Unlike Robert F. Kennedy Jr., Terry McAuliffe has no problem standing up for traditional marriage and against bigoted and hateful rhetoric from anyone,” spokesman Josh Schwerin said.

Youngkin told the Post that he did not know Kennedy would be addressing the group on the eve of the election.

The stark realities of underpaid Asian-Americans at work